The Moog electronic music synthesizer, invented in the 1960s by Robert Moog an engineer in a basement in upstate New York, transformed the world of popular music. Some of his first customers were the Beatles and the Rolling Stones. In this talk I will use ideas from science and technology studies and sound studies to trace how the synthesizer was invented and how its first sounds were created. How did an engineer located in such an isolated place manage to transform the world of sound? I point to the crucial role of new sonic spaces, such as Moog’s own factory studio, new users such as psychedelic musicians, and new sounds. Wendy Carlos’ Switched-on-Bach, played on the Moog synthesizer, remains one of the best-selling classical records ever. The Moog became a staple of movie sound as in for example Stanley Kubrick’s use of Wendy Carlos for Clockwork Orange. Used by Mick Jagger in the cult movie, Performance, but never by the Rolling Stones itself, the Moog moved from symbol of liminal psychedelic transformation to an instrument for the masses and for many different sorts of music. 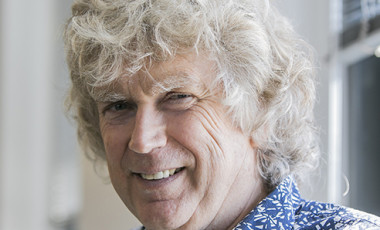 Trevor Pinch is Goldwin Smith Professor of Science and Technology Studies at Cornell University and has been a defining figure in the emergence and maturation of STS for more than three decades. His main research areas are three: the sociology of technology and how users engage with technology; sound studies and music and in particular the development of musical instruments and sound objects; markets and the economy with specific attention to the study of selling and persuasion. He was awarded an honorary degree by the University of Maastricht in 2012 and received the 2018 J.D. Bernal career award from the Society for Social Studies of Science. He is currently researching the use of sound by social psychologist, Stanley Milgram and he is also collaborating with Serge Belongie on a project concerning the computer recognition of musical instruments and he also is collaborating with researchers at EPFL in Lausanne over the digitization of the Montreux Jazz Festival Archive. His most recent book is series of interview conducted by Italian Media Scholar, Simone Tosini, Entanglements: Conversations on the Human Traces of Science, Technology and Sound (MIT Press, 2017) and he co-edited with Karin Bijsterveld The Oxford Handbook of Sound Studies (Oxford University Press, 2012). He is also a performing musician with the Electric Golem.

Why Film and Media Historians should care about Sound Archiving?

Keywords for the Study of Sound

Sound Before Sound. Aurality in Early and "Silent" Cinema

In the Moog: The story of how the synth was invented and how its sound stabilized

Eyewitnessing the Past. Questioning Film and Media Agency in Collective Memory and Public History

Moving-Image Based Art Strategies Within a Pandemic Media Environment

Vulnerable Media and Mediated Intimacies in Times of Global Pandemic

“At Home with Pornography”: Cultural Implications of the Pandemic on Pornographic Production and Consumption